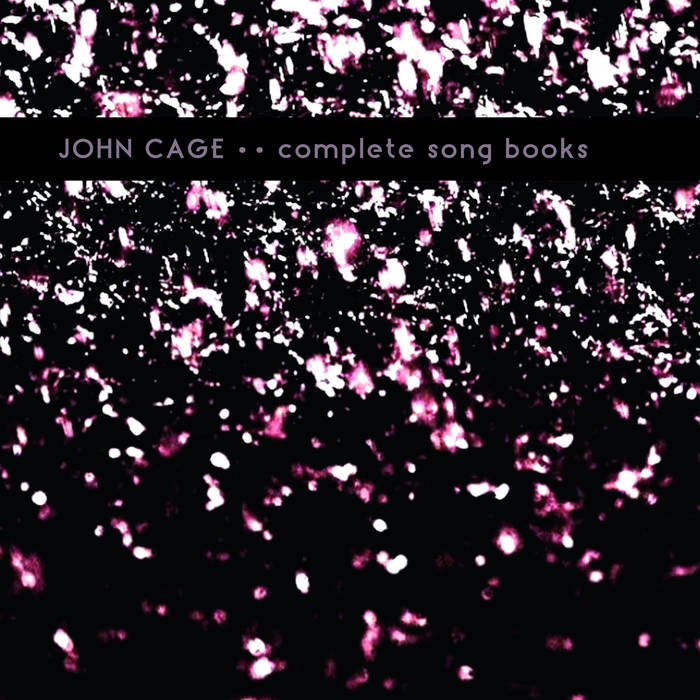 “ … to consider the Song Books as a work of art is nearly impossible. Who would dare? It resembles a brothel, doesn’t it?” John Cage.

Volume 3 in the PERIHEL series on KARLRECORDS is dedicated to one of the most iconic composers of 20th century: JOHN CAGE. All 92 pieces of the “Song Books” in stunning interpretations by REINHOLD FRIEDL, recorded at RASHAD BECKER’s Clunk Studio who also contributed live electronics.

JOHN CAGE (1912-1992) is one of the most important composers in modern music: with more than 250 compositions, many of which are considered key works of New Music, and theoretical essays on composition he significantly changed the way we think about and perceive music today. But CAGE not only left a major impact in the academic world, he is also cited as an important inspiration by a wide range of diverse musicians from a younger generation, be it electronic producers, experimentalists or noise artists. His “Song Books”, published 1970 in three volumes, is a collection of open works that contains not only songs but a strange hybrid collection of compositions, graphic scores, meditation rules, experimental settings, absurd musical instructions, performance settings, musical references, and Fluxus-inspired actions such as eating fruits or drinking cognac (CAGE loved whiskey and cognac) …
When REINHOLD FRIEDL (director of the ensemble ZEITKRATZER) entered the CLUNK Studio to record the whole cycle with RASHAD BECKER (who handled the feedback cabinet and live electronics), the idea was quite simple: to approach each single piece in an informal way but to do all 92 pieces in the right order. What came out in the end is a kaleidoscopic lecture and interpretation of the compositions with the help of a strange mixture of ancient and modern tools: new electronics, old and special microphones, self-built instruments, arbitrary garbage sounds, sophisticated live-electronics devices, quotes … “Complete Song Books” turns out to be an early hymn for sonic freedom, a sonic promenade full of beautiful references.

All music composed by John Cage